Ed believes in freedom and personal responsibility with opportunity for all under the Rule of Law. Job One of Virginia’s next governor will be to ensure that law-abiding Virginians are protected from criminals and all forms of victimization. While ensuring public safety, Ed recognizes that most inmates will one day be released, so it is right and smart to work toward a successful reentry back into society.

In addition, the cost of incarceration is increasing and is now more than $1 billion per year. To better steward taxpayer resources, we must consider proven and innovative ways to lower these costs by expanding alternatives to incarceration when it makes sense. As governor, Ed will focus on the three phases of the criminal justice system — preventing crime (Before), responding to crimes (During) and once offenders leave the system (After).

Throughout his campaign for governor, Ed has listened closely to victims, returning citizens and their families. Through these conversations, he has come to the following conclusion: We need to narrow pathways to crime, improve the taxpayer cost of incarceration and widen the pathways to a productive life for those who’ve commit crimes against fellow Virginians. Improving outcomes requires reforms to our criminal justice system. 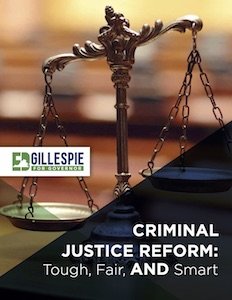 In July 2017, Ed unveiled his “Job One: Keeping Virginia Safe” agenda. There he detailed his resolute commitment to law enforcement and first responders. Ed received the support of more than 55 Sheriffs and the endorsement from the Police Benevolent Association for his strong support of public safety.

Law enforcement works hard to keep Virginians safe, but at times, the community, including some young people, are concerned about law enforcement interaction. As governor, Ed will encourage police and sheriffs across the Commonwealth to invest in grassroots education and stronger relationships with the communities they serve. We are home already to many good models that can be adopted.

In July 2017, Ed unveiled a detailed plan to address the mental health crisis and opioid epidemic facing Virginia. Ed’s policy is rooted in the following principles:

Ed opposes legalizing marijuana, and believes we should continue to treat marijuana use seriously, particularly for children and teens. The Virginia State Crime Commission is currently studying decriminalization of simple possession of marijuana. Ed will direct his cabinet to examine the Commission’s findings.

As governor, Ed will support legislation to reform Virginia’s simple marijuana possession laws. Under “Three Strikes and You’re In,” a person arrested for simple possession of marijuana would not be criminally charged with possession until the third instance. This policy will reduce the number of Virginians who enter the criminal justice system and help to get treatment to more people. Data show significant racial disparities in marijuana charges, this policy will help address them by providing opportunities to avoid entry into the criminal justice system and encouraging people to get help and reconsider their choices.

Reassessing our priorities must not become a pretext for reducing law enforcement resources or abandoning the fight against drug abuse. Rather, we should measure our success by the number of quality felony cases brought against drug traffickers and violent criminals, not by how many non-violent people we can burden with the cost and stigma of a misdemeanor possession charge. This innovative approach will align the penalty with the offense.

Research proves that Virginians can benefit from certain uses of marijuana to help the treatment, pain management, and healing of certain severe conditions. We owe our fellow Virginians every chance of treating and managing certain significant conditions such as cancer and epilepsy. Ed supports appropriate, limited, tightly regulated use of marijuana for medicinal purposes based in science and on medical trials.

This year Senator Jill Vogel, Ed’s running mate for Lt. Governor, introduced SB 1298, to expand the legal use of CBD oil for patients suffering twelve serious, qualifying conditions. Ed supports passage of legislation such as SB 1298 to allow the use of medical marijuana and CBD oil when scientific research has demonstrated the benefit of this as an effective treatment for serious conditions.

Virginia has the lowest felony larceny threshold in the country. Every state classifies crimes of theft as either misdemeanors or felonies based on the monetary value of what was stolen. Virginia’s threshold for classifying a larceny as a felony is $200. This threshold was first set in 1980, almost 40 years ago. What one could buy with $200 in 1980 now costs over $500. The reality that a Virginian could face one to five years in jail for stealing a smartphone is disproportionate to the crime committed. However, many small businesses and retailers have big losses to shoplifting and theft. This cannot be discounted as insignificant.

As governor, Ed will work with the General Assembly to raise the felony larceny threshold from $200 to $500. An item purchased in July 1980 for $200 would be equivalent to the purchasing power of $592 in today’s dollars.

Provide Leadership to Functionally End the Suspension of Driver’s License

Thousands of Virginians cannot drive because they cannot afford to pay their legal fees and court costs. One problem in the current system is that courts do not have a uniform, income-based payment plan system that reasonably allows people pay off their fines. As a result, judges often set up a “payment plan” that no low-income individual can meet. Their driver’s license has been suspended because of inability to pay. Without a driver’s license, many Virginians are unable to get to their job and therefore unable to make wages to pay the court fees. This vicious cycle must end.

If elected, Ed will work with the legislative and judicial branches toward functionally ending the practice of suspending someone’s driver’s license due to their inability to pay through the implementation of the Loupassi-Stanley bill. Ed will work to ensure low-income Virginians have access to reasonable, income-based payment plans to pay off their court costs and fines to avoid driver’s license suspension. Ed will direct his Secretary of Public Safety and Homeland Security and Secretary of Transportation to provide a July 1, 2018 report on the implementation of the legislation and every six months thereafter with recommendations for ongoing reforms.

Some citizens exiting our prisons and jails battle drug addiction before or after incarceration. Many employers are hesitant to hire someone with a criminal record due to concerns about ongoing drug addiction and ability to do the job at hand. Employers may be willing to hire someone with a criminal record if they know that regular drug testing will ensure their employee’s drug use has not returned. In order to help advance employment opportunities during the reentry process, Ed will develop and propose a performance-based funding model to fund quarterly drug testing to provide potential employers additional confidence in their employees. This funding program will be based on evidence-based interventions and high-quality program evaluation to be sure that the program is working.

The annual cost of holding a prisoner in Virginia was $28,977 in FY 2016. Consider that quarterly drug testing is available at approximately $500 per year, per person. Regular drug testing can provide confidence for an employer to hire a person they might not otherwise hire. The return on investment to avoid the true cost of recidivism is a is a worthy effort to protect taxpayers and help convicted felons stay out of jail. This performance-based funding model will be held accountable by third-party evaluators to consider the effectiveness and cost avoidance realized through gainful employment.

Ed believes in reconciliation and redemption. Virginia’s Restoration of Rights process restores certain rights to convicted felons including the right to run for public office, serve on a jury and vote. Virginians should be in favor of advancing restoration of rights once a felon has paid his debt to society, including restitution to victims. We cannot move forward in fairness to anyone involved – victims or felons – without a more permanent solution. In order to provide consistency and fairness, we must provide greater stability to the process to avoid swings from one administration to another.

As governor, Ed will adopt the McDonnell Administration’s accelerated process of restoring rights for those who stayed out of trouble. Further, he will ask Governor Doug Wilder and Governor Bob McDonnell to examine our current policies with the goal of putting forward legislation for consideration by the General Assembly.

Many job applications include a box inquiring about felony crime convictions. This has turned into a de facto screening tool that well-meaning hiring officials use to find the best and most qualified candidates. An unintended consequence has made it very difficult for returning citizens who have committed felonies to find employment. The ‘Ban the Box’ policy movement calls on employers to eliminate the screening question at the first stage of hiring, with the exception of those who have sexually abused children or those convicted of sexual battery. A hiring manager may still inquire about criminal history following the initial screening and, in some cases, should be required to given the specifics of the position in question.

As governor, Ed would continue the policy to “Ban the Box” in state government hiring. Private employers should and will continue to be permitted to do what is in the best interest of their business and organizations. 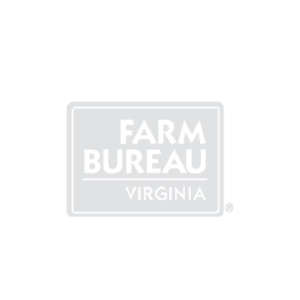 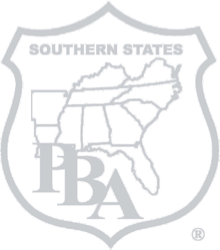