Ed’s campaign is bringing together Virginians from across the Commonwealth who share a tradition of hunting, fishing and responsible gun ownership, and he’s excited to announce leaders of ‘Sportsmen and Second Amendment Leaders for Ed.’

As governor, Ed will defend and advance our individual Second Amendment rights and work to protect the interests and proud traditions of Virginia’s sportsmen.

The National Rifle Association endorsed Ed during his 2014 U.S. Senate campaign. The Virginia Hunting Dog Alliance, which endorses Ed in his campaign for governor, represents a 400-year tradition in the Commonwealth with a membership of over 85,000 Virginians, representing over 180,000 Virginians in support of hunting dog and property rights across the Commonwealth.

Virginia Hunting Dog Alliance Chairman and ‘Sportsmen and Second Amendment Leaders’ for Ed Central Virginia Leader Kirby Burch said, “Ed has a long history as a supporter of gun rights and the Second Amendment. Gillespie understands the unique nature of our sport and is passionate about protecting the rights of all sportsmen. Now we need to elect Ed Gillespie to be the next Governor of Virginia. Virginians need men and women in public office who support traditional values and will respect the Virginia rural way of life. I know Ed Gillespie. Gillespie will be there for us in the future just as he has been with us in the past.”

Ed announced regional leaders of the ‘Sportsmen and Second Amendment Leaders for Ed’ coalition throughout the Commonwealth. The campaign will build out the coalition in the coming weeks. To join the coalition, click here.

Ed has pledged to defend and advance the Second Amendment as governor. He knows the right to keep and bear arms is a Constitutionally-protected individual right, and as governor, he will protect and advance it.

Lieutenant Governor Northam and Congressman Perriello are out-of-touch with Virginians who understand that responsible and law-abiding citizens should not have their rights infringed. Virginia’s next governor must reject overreach and strongly defend our Second Amendment rights and Virginia’s proud sporting traditions.

Honorary Policy Chairman and Former Governor George F. Allen commented that “Virginia has had a tradition of hunting, fishing and farming since the very first settlement of our bountiful land and waters. And to preserve our way of life,‎ we need leaders who will advocate for our natural rights secured in the Constitution. Ed has always been an ardent, reliable supporter of our right of self-defense embodied in the Second Amendment, and we can be confident as Virginia’s governor, he will protect our rights.”

“In the House of Delegates, we advance conservative principles and that includes securing the Second Amendment rights of law-abiding gun owners,” said Speaker-designee M. Kirk Cox who co-chairs the Policy Leadership Team. “We need a partner in the governor’s office who will work with us to protect Virginians’ constitutional rights and keep our citizens safe. Ed best person to do that.”

“As a sportsman myself, I always seek to protect our rich tradition of gun ownership here in the Commonwealth, and I will support candidates, who share this commitment. Ed also believes in the preservation of our gun rights in Virginia, and I know he will work hard to uphold these rights as governor,” said Senator Mark D. Obenshain who co-chairs the Policy Leadership Team. 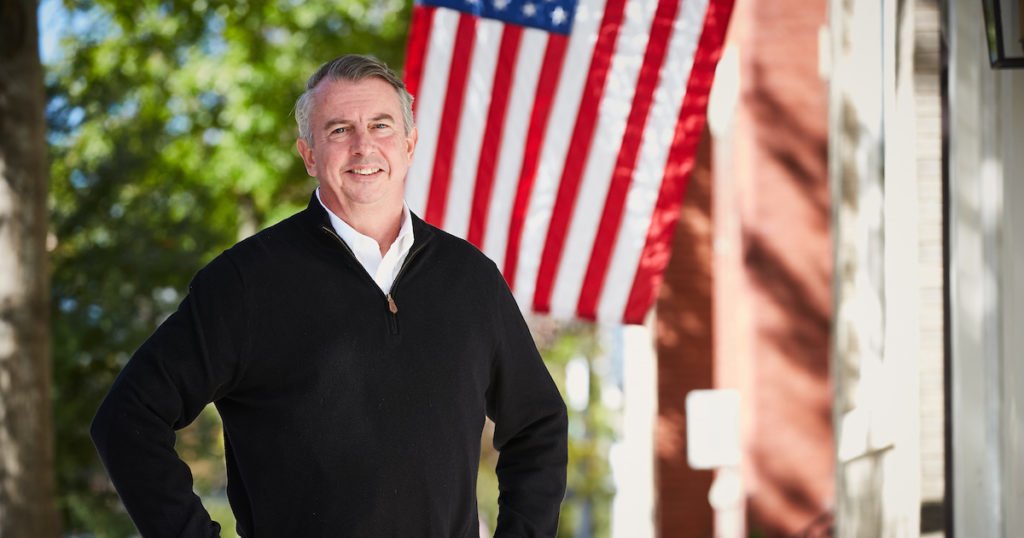