Gillespie: “We have stared down racism, and Nazism, and white supremacy before, and we will stare it down again.”

After attending Mass at The Church of Incarnation in Charlottesville, 2017 Republican gubernatorial nominee Ed Gillespie spoke with NBC29 about the tragic events of the weekend. With NBC29’s permission, below is Gillespie’s uncut interview:

REPORTER: …To the people of Charlottesville?

ED GILLESPIE: That we will emerge from these tragic last few days stronger in our commitment to one another as Virginians. We will continue to love one another and serve one another and we reject the people who came in, largely from outside our Commonwealth, and brought their hate, their white supremacism, their neo-Nazism with them. I agree with Governor McAuliffe, they need to go home and they need to take that vile hatred with them. It does not belong here in the Commonwealth of Virginia and I know my fellow Virginians and we will emerge from this stronger.

REPORTER: How do you think we emerge from a weekend – really, the nation’s eyes are on Charlottesville today and that’s across the globe from New York to California. How do we as a city and as a state move forward? What do we do?

ED GILLESPIE: I think we come together and we recognize that we are stronger when we believe, as I do, that we are created in the image and likeness of God, we are all created equal, we afford one another that respect. And again, everywhere I go in Virginia I see that in my fellow Virginians. That’s who we are and we just need to stand strong in the face of this hatred, condemn it as I’ve seen Virginians of all stripes do because that is not who we are, and stand strong in support of one another and respect one another and I’m confident that we’re going to be able to do that and continue to do that.

REPORTER: Absolutely. And any words to kind of first responders, police officers, people who were on the ground?

ED GILLESPIE: You know, I think I heard the words today at Mass, Cathy and I were able to worship here in Charlottesville this morning, we wanted to pray for the city and the Commonwealth, and the country. And the reading today was from 1 Kings and it was about where do you find the Lord, and it’s not fire or wind, it’s in a whisper. And I found myself thinking, clearly the Lord is not there in tiki torches or the howling rhetoric of neo-nazis, it is in the quiet service of men like troopers Bates and Cullen and the first responders who are there to keep us safe and make us safe. I think those words were comforting to me today and I hope that maybe they are comforting to others as well.

REPORTER: You mentioned you were in western Virginia yesterday, so tell me what that was like for you to not be close by and kind of what – obviously we know that the events motivated you to come here – but how did you feel and why did you want to be a part of this?

ED GILLESPIE: It was difficult and I had a vigorous campaign schedule in far Southwest Virginia, a beautiful part of our Commonwealth but it was very far away from here. I would get in and out of the RV and be able to check my iphone and see these reports and you could kind of feel it escalating but I didn’t have actually satellite radio access. But then at one stop I got word about Mrs. Heyer, Heather Heyer, and her being killed in what seems to be a domestic terror attack and we at that point just stopped campaigning. It was clear to me that I felt a need to get back to this part of the Commonwealth, not that there is much you can do, I just felt like I needed to be here. I felt like I needed to be at Mass here in Charlottesville this morning. So we cancelled the remainder of the day and I was able to get back to Richmond and then Cathy and I were able to get to Mass here this morning from Richmond.

REPORTER: And lastly, just any final words moving forward as we can?

ED GILLESPIE: Again, just that we have stared down racism, and Nazism, and white supremacy before, and we will stare it down again, we are staring it down now. We will emerge from this stronger as a Commonwealth, and I believe, as a country. To your point, this has received national attention and all eyes are on Virginia today. And I know my fellow Virginians, and as the country looks to us and sees our response they are going to see people who are resilient, strong, loving and caring of one another, and respectful, and understanding that we are all created in the image and likeness of God and that we are all created equal. 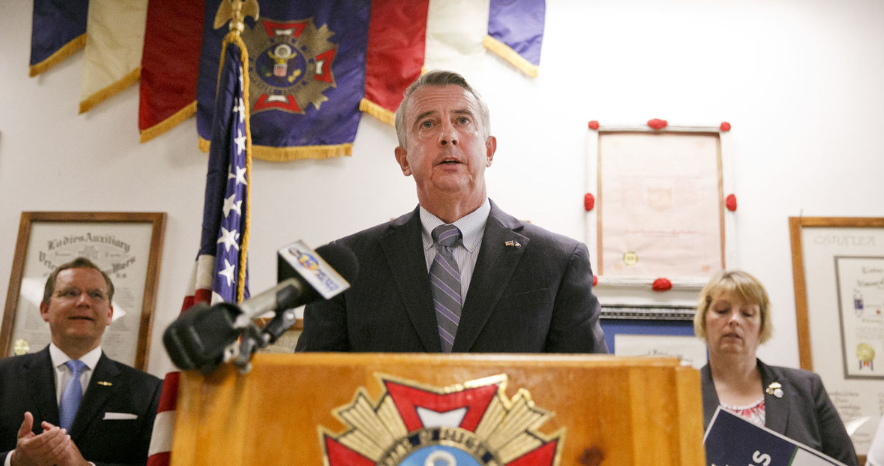 ICYMI: GILLESPIE: “They may call it the Unite the Right rally, but they’re not on a part of a legitimate political spectrum of left to right.” Gillespie: “Violence is not an acceptable form of expression.” 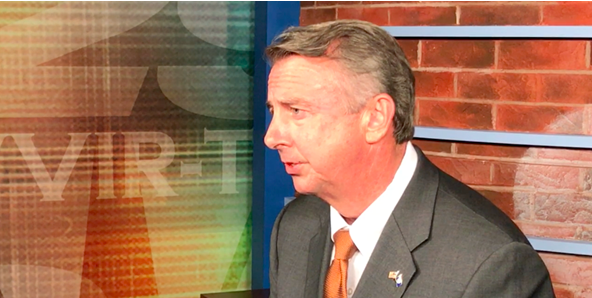 Gillespie: “We have stared down racism, and Nazism, and white supremacy before, and we will stare it down again.”