ICYMI: ED GILLESPIE: “Virginians are going to have a very clear choice on November 7th”

This morning, 2017 Republican gubernatorial nominee Ed Gillespie joined Hugh Hewitt to share his vision for safer, stronger Virginia. Gillespie discussed the critical choice that voters have in this election and his plans to turn around the Commonwealth’s stagnant economy. Below are some highlights from the interview. 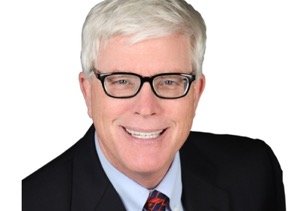 Virginians are going to have a clear choice this November

HEWITT: But what about running against someone who’s so ill-defined?

GILLESPIE: Well, it’s not a surprise that you would feel that way, Hugh, because if you look at the jobs he’s done, he hasn’t really shown up for it. This came up in the debate on Monday in Wise County. As Lieutenant Governor, you’ve got a few responsibilities and duties. One is to serve on the Virginia Economic Development Partnership, which is responsible for helping to foster economic growth in Virginia, which we desperately need. Like I said, 0.6 percent growth rate last year, 39th out of 50 states, and he missed 60 percent of the meetings. He serves on the Secure Commonwealth Panel, which is our Homeland Security Commission essentially, very important, and he didn’t attend a single one of those meetings as Lieutenant Governor. And he serves on the Center for Rural Virginia, which is the commission that’s intended to try to help do things like expand broadband capabilities to Rural Virginians, deal with our agricultural policies. Rural Virginia has had a really difficult time over the past decade, and he didn’t attend a single one of those meetings. So, there’s a reason people call him No Show Northam, and I think that might be why you’re having a hard time figuring out what he’s done, because he hasn’t shown up for work, to be honest with you.

Getting job growth going is job one

GILLESPIE: “We’ve got to not just make a run at Fortune 100 companies and get them to move their headquarters or open up facilities in Virginia. We need to make it easier to open and grow new business, and expand existing ones in Virginia and put a greater focus on start-ups and scale-ups, and that’s what my policies are designed to do, because that’s the key to long-term, sustainable, good-paying jobs in Virginia. I’m all for hunting whales – I’ll try to get folks to move into Virginia. But the other thing we need to do, and we have to re-orient our thinking about our economic development here in Virginia, is to foster natural, organic growth, and that’s going to require bringing down our individual income tax rates. I’ve got a 10 percent across-the-board rate cut, reforming our regulations and modernizing them, changing our workforce with skills training and our education system. I’ve got 19 specific, detailed policies, and all of them will make life better for my fellow Virginians. Getting job growth going is job one.”

This truly is a critically important election

HEWITT:  When do people get to vote, and how do they figure out how to vote, and where do they get help from you if they want to go vote for Ed Gillespie?

GILLESPIE: “They can go to my website edforvirginia.com, and they can get guided on where to go to vote. We’re in absentee ballot voting now, and in fact, I think we’re one week away from being able to go absentee vote in person on Saturdays. So, the voting has begun, and you can vote absentee at this point, and November 7th obviously is Election Day. It’s a critically important election for Virginia. I know everybody says that every four years, you know, that this is the most important election. This truly is a critically important election, because we’re stuck in Virginia. We’ve had six straight years where our economic growth has been below the national GDP rate, and in five of those six years, it’s been below one percent, and nothing is going to change unless we change it. We’re going to continue to drift. We’re going to continue to decline in rankings for business, and our economic growth is going to be stagnant. More people are going to move out of Virginia than into Virginia, which has happened for three straight years now. Honestly, and this isn’t self-indulgence, because of the policies I’ve put forward – but the only thing that’s going to get us unstuck is if I’m elected the Governor of the Commonwealth of Virginia, and we’re able to enact these policies to get things moving again.”